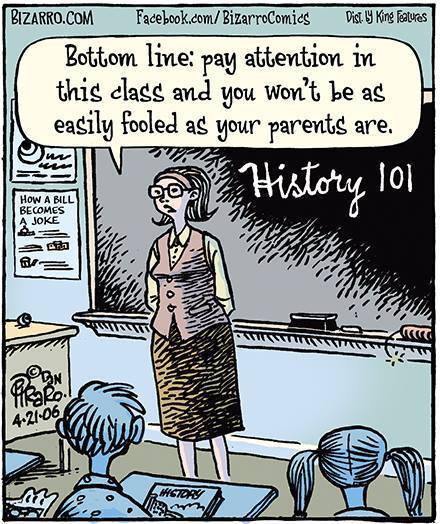 It was my mom who instilled in me a love of books and reading in general, and it was my dad who made me a lifelong fan of newspapers – and a lifelong hater of a corrupt and tyrannical government. I consider myself fortunate.

My parents won’t leave me a lot (or anything at all) in the way of material possessions, but they left me with something a lot more important – an insatiable thirst for knowledge and the constant drive to improve my mind (not my financial wealth).

As a son, that’s all I could ask for. My parents both had a good education, and they made sure that my siblings and I all went to college. One sister even finished two undergraduate courses, and another sister and I went on to graduate school.

But most importantly, my mom and dad both talked to us about the horrors of Martial Law under Marcos Sr. They even brought me to one of the Edsa I rallies, and I have a picture...

A former colleague in a newspaper I worked for ages ago has been lamenting the U.S. media coverage of the Roe v. Wade case. He’s a conservative and leans right, and his issue is that the press – media outlets that he said he’s always looked up to and admired – seems to have been demonizing the court decision.

The guy is a certified newsman, a grizzled veteran, regardless of his political leanings. But the fact that a veteran journalist is still perplexed at how the legitimate news outlets – outside of Fox News, of course – decided to contextualize this issue is still amusing to me.

For me, the simple answer is that honest media of any kind is going to do stories on subjects that make people uncomfortable. That doesn’t imply a liberal bias or even a left-leaning bias; it’s a journalism bias.

Secondly, demonizing the traditional media, which has been happening in the Philippines since...

On the Mark: Mexico’s U-20 Team Eliminated by Guatemala
By Mark Lorenzana

The United States, Honduras, the Dominican Republic and Guatemala will be the four representatives at the 2023 Under-20 World Cup of the Confederation of North, Central American and Caribbean Association Football (Concacaf) in Indonesia.

Mexico’s U-20 team will be left off that list after it suffered a shocking defeat to underdog Guatemala on Thursday, June 30, at the quarterfinals of the pre-World Cup tournament in San Pedro Sula, Honduras.

Mexico has not only failed to qualify for the Under-20 World Cup, but also won’t make the 2024 Olympic Games in Paris, where El Tri won a bronze medal last year and the gold medal a decade ago.

Quimi Ordoñez — who also plays for USL Championship team FC Cincinnati in the United States — put Guatemala ahead in the 39th minute, and...

On the Mark: Warriors Are Champions Again, Thanks to Curry
By Mark Lorenzana

The game was essentially over. Over in the sense that the stunned and dejected Celtics fans that filled the TD Garden in Boston, Massachusetts, were only waiting for the final buzzer to sound so they could watch in agony as the visiting Golden State Warriors celebrated their fourth championship on the night of Thursday, June 16, at the Garden’s famed parquet floor.

The game, however, wasn’t actually over. There was a minute and change to go, and the ball was still in play, but the Warriors’ leader, Stephen Curry, couldn’t care less. He left the court and walked over to his father — former NBA player Dell Curry, a three-point sharpshooter in his own right — who was sitting among the crowd. The younger Curry then hugged his dad, and wept. He had led the Warriors to...

On the Mark: Griner Detention in Russia Extended
By Mark Lorenzana

The detention in Russia of Brittney Griner — the star center who plays for the Phoenix Mercury in the Women’s National Basketball Association (WNBA) — will be extended yet again, Russian news agency TASS reported on Tuesday, June 14.

Griner was taken into Russian custody at the Sheremetyevo International Airport near Moscow on Feb. 17 for allegedly carrying, in her luggage, vape cartridges containing hashish oil, which is illegal to possess in Russia. She has now been detained for 120 days.

According to the TASS report, Griner will be held at least until July 2, for her next scheduled hearing. However, U.S. officials have already said that they are not considering the Russian legal proceedings to be legitimate, but rather a negotiation tactic. Sources close to Griner...

On the Mark: Saudi-Backed LIV Golf Already Stirring up Controversy
By Mark Lorenzana

The inaugural LIV Golf Invitational Series teed off on Thursday, June 9, at the Centurion Club in London, England. In May of this year, LIV Golf announced that 42 players would compete in its inaugural event, which has a $25 million total purse.

LIV Golf, which is financed by the Public Investment Fund (PIF), the sovereign wealth fund of Saudi Arabia, was founded in 2021 and named Australian entrepreneur and retired professional golfer Greg Norman as its chief operating officer. But this early, the biggest rival of the PGA Tour has already been the subject of controversy.

Saudi Arabia has been accused of numerous human rights violations. In his article in the Washington Post on Sunday, June 12, former Sports Illustrated and ESPN sports columnist Rick...

On the Mark: Stephen Curry Is a Bad, Bad Man
By Mark Lorenzana

The Golden State Warriors tied the National Basketball Association (NBA) finals on the night of Friday, June 10, against the Boston Celtics at two wins apiece — in front of a hostile crowd, on the road, at the TD Garden in Boston, Massachusetts.

It took an otherworldly game from Warriors superstar guard Stephen Curry, who essentially put his team on his back and carried them to the win, scoring a game-high 43 points, shooting 14 out of 26 from the field and burying seven of 14 shots from behind the arc. He essentially outscored the rest of the Warriors starters, who only managed to produce 39 points in the 107-97 win against the Celtics.

Needless to say, all finals games are must-win games, but this game was particularly important for the Warriors, who lost the second game of...

On the Mark: A Sports Roundup
By Mark Lorenzana

Inoue Knocks out Donaire in Round 2

What was expected to be a competitive rematch of their 2019 fight that Inoue won via unanimous decision — which also ended up with the Japanese suffering a pair of fractures around his right eye — became a big disappointment for Donaire, who looked rejuvenated in his two previous fights, which he both won via knockout (the first against Nordine Oubaali, and the second against fellow countryman Raymart Gaballo) after the first loss against Inoue.

The first sign that the Inoue-Donaire rematch was not to be as competitive as the 2019 fight came in the opening round when — after both fighters traded hard shots throughout the round and survived — Inoue connected with a right hand on Donaire’s head that dropped the Filipino with just over 10 seconds left in the...

On the Mark: Griner’s Ordeal Now for More than 100 Days Long
By Mark Lorenzana

Brittney Griner, the superstar center who plays for the Phoenix Mercury of the Women’s National Basketball Association (WNBA), has now been in Russian custody for more than 100 days. Griner also plays for Russian basketball team UMMC Ekaterinburg in the WNBA offseason, and in Feb. 22 of this year was arrested upon her arrival in Moscow after Russian authorities claimed that she had been carrying in her luggage vape cartridges containing hashish oil.

Although detained as early as Feb. 22, it was only after almost two weeks, on March 5, that Griner’s arrest came to light — it was first reported in the New York Times and Russian news agency TASS that she was being held after customs officials allegedly found contraband in her possession at the Sheremetyevo airport. 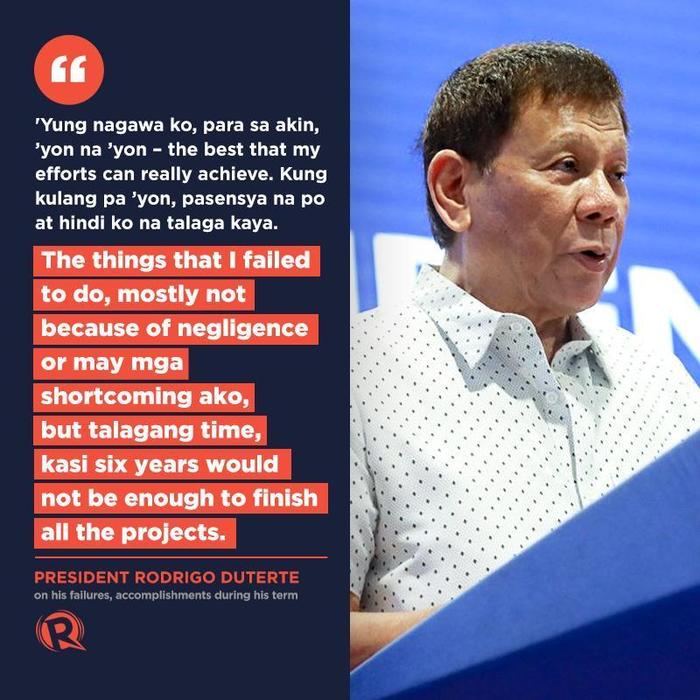 So majority of Filipinos actually believe that Rodrigo Duterte did a good job in his six years in office.

A lot of my Cebuano friends are disappointed to find out that Cebu voted overwhelmingly for Bongong Marcos, even though Leni Robredo won in Cebu in 2016.

There’s the rub: Leni won as VP in Cebu six years ago, but who won as president?

The question: these Cebuanos actually believe that Duterte did a good job in his six years in office?

They voted overwhelmingly for BBM, so we know the answer.

I personally don’t agree, but then again, there’s that word—PERSONALLY. It doesn’t count.

I’d like to think—no, believe—that there’s a disconnect somewhere. There has to be. Right?

But again: it doesn’t matter.

Vox populi, ladies and gents—within and outside social media.